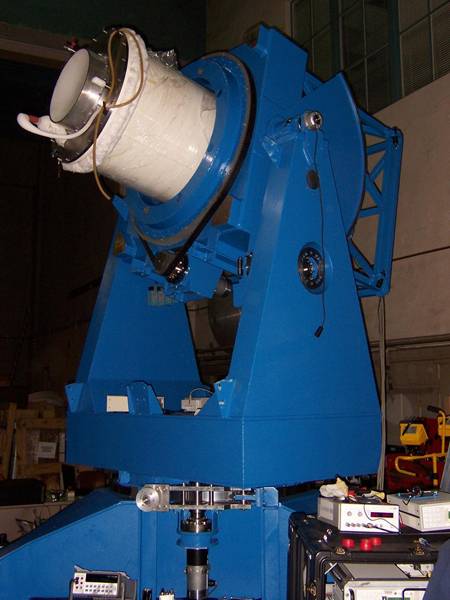 BICEP, also known as the Robinson Gravitational Wave Background Telescope (RGWBT) is a 49 pixel bolometric polarimeter operating at 100 and 150 GHz. from the NSF US Amundsen-Scott South Pole Station, Antarctica.

BICEP will installed at the Pole in the austral summer of 2005 (November/December) and observe the polarization of the Cosmic Microwave Background (CMB) in an attempt to probe the physics of the very early universe during the inflationary epoch.

A recent talk by Brian Keating on BICEP, delivered at the "Amazing Light" Young Scholars Competition, entitled “An Ultra-Sonic Image of the Embryonic Universe”  is available by clicking here. This talk/paper won the first prize in Astronomy at the competition.

The initial theoretical work which predicted a unique, observable signature of gravitational waves using CMB polarization was done by Prof. Alexander Polnarev (QMUL). The paper,  "Polarization and Anisotropy Induced in the Microwave Background by Cosmological Gravitational Waves", published in Soviet Astronomy (1985), is available by clicking on the title above.

A recent paper by Brian Keating and UCSD/CASS graduate student Nathan Miller on the observational overlap between CMB probes of the inflationary gravitational wave background and CMB investigations of cosmological reionization is available here.